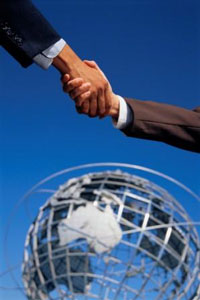 A CNN Money article issued last week reports that Senator Brad Hoylman, (D-Manhattan) recently introduced a bill that would add a tax of up to 4% per year on New York City properties (excluding primary residences) with a market value of more than $5 million. Meanwhile, lawmakers in London and France are contemplating similar taxes on second homes.

Hoylman argues that many wealthy out-of-towners invest in NYC because “New York is stable, there’s a rule of law here and security and there should be a premium paid for that, particularly from investors from countries like Russia and China”. Additionally, a lot of real estate owned by foreigners in NYC sits unoccupied most of the year. As much as 50% of the properties on certain blocks within his district are not actively lived in and Hoylman feels “that is a drag on the neighborhood”.

But Pam Liebman, president of the Corcoran Group sees foreign investors differently – “They are paying property taxes and don’t use many of the services full-time residents use like schools and public transportation. When they are here, their significant spending fuels the growth of our local economy”. Not only that but Liebman also said her firm “saw several potential high-end sales go on hold over the tax”.

Liebman is certainly not alone. Global real estate services provider Savills estimates that if such laws are passed in London, average prices could drop as much as 5% within the city’s prime real estate market. Furthermore, a recent Columbia University study suggests a mansion tax reduces real estate transactions around the million-dollar threshold.

From cell phones taxes to luxury real estate and beyond, you can bet that lawmakers will continue to look for new ways to increase state and local revenues.