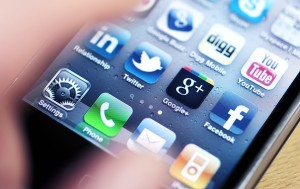 Have you examined your cell phone bill lately? Every cell phone bill receives a 5.82% federal charge which is made up of the Universal Service Fund charge and a federal excise tax. From there, layers upon layers of additional (sometimes hidden) fees and taxes are applied at a state and local level. Us Floridians pay some of the highest combined state and local rates in the country, averaging 16.6% according to a recent Tax Foundation report . The states with the highest state and local rates were Washington, Nebraska, New York, Florida and Illinois. When considering federal, state and local charges, 22% to 24% of your monthly phone bill is comprised of taxes and fees if you reside in one of these five states.

Rates continue to climb especially high for those living in certain cities. In Chicago, IL for instance a recent 9-1-1 rate hike resulted in a $3.90 per month charge. There a family plan with four lines will be charged up to 35.4% of their monthly bill in fees and taxes.

The Tax Foundation report as mentioned above notes that many states and cities have resorted to increasing wireless taxes and fees when faced with “continued revenue challenges” and is quick to point out the down side of such fees – “Excessive taxes on wireless consumers disproportionately impacts poorer families and may have ramifications for long-term state economic development and growth”.