Having Trouble Saving? Change Your Thinking 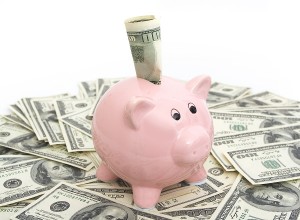 If anything good can be said of a recession, it’s that they typically cause the general population to rethink their spending and save more for emergencies, retirement, etc. This has definitely been the case as we saw savings rates in the U.S. hit a 10-year high of 4.75% in 2008 after the last recession. Since then the rate has dropped to 3.5% in 2012. While this may be pleasing to some economists who view this reaction as a optimistic sign that consumers are spending and the economy is recovering, it’s not good for the average Joe trying to save enough for retirement. If you are having trouble saving, you are definitely not alone.

While long-term retirement goals can sometimes be overwhelming, steadily adding to your savings (along with investment earnings and compounding) is the only way to watch your nest egg grow. Changing your perspective on saving can make the task a bit easier to implement.

Often, we view saving money as depriving ourselves of what we want to do or what we want to have now (thanks to a strategic bombardment of consumer product advertisements). Instead of taking this view, envision yourself putting away money for things you’ll want later in life. After all, who wouldn’t rather travel the world in their later years instead of filling their days with watching game shows and strolling the aisles at the Dollar Store?! Think of saving as paying yourself instead of paying someone else for things you might not really need.

Think of Money as Work

If you still aren’t convinced, try thinking of the money you spend in terms of the time you spend working to earn the money in the first place. Let’s say you earn $60,000 a year, which represents approximately 2,000 hours on the job this year. That works out to an hourly rate of approximately $30. In this context, a fancy dinner for 2 at $120 would be the equivalent of 4 hours worked. A $4,500 vacation would require 150 hours on the job, and $1,200 in annual credit card interest would take 40 hours (one work week) to pay off.

Thinking about how long you’re willing to work to pay for things makes it easier to see the value of saving. You might decide that some of your time is better spent working towards building a financially secure future than for something you don’t really need in the first place.