529 Plans May Soon Be Expanded To Benefit The Disabled 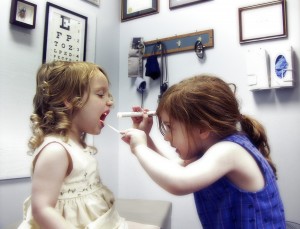 529 plans originated in 1996, then known as the “Qualified Tuition Program”, as a way for taxpayers to set aside nondeductible funds that could grow tax-free and later be used to cover the cost of tuition and related education expenses for their children or other relatives. See our post 529 Plans – Revisited from June, 2014.

According to the Kiplinger Tax Letter, Congress has shown strong bipartisan support for proposed legislation to expand the accounts’ benefits to individuals affected by long-term physical and intellectual disabilities and the blind. It is expected that the allowed annual contributions to the accounts would be limited to the annual gift tax exclusion ($14,000 in 2014) and future tax-free withdrawals (including earnings) could be made if used to pay for housing, education, transportation, job training and the like. The only negative here is that Social Security benefits could be halted if the account balance exceeded $100,000. However, Medicaid eligibility wouldn’t be affected because of withdrawals. For those who currently care for a disabled loved one, this could be a huge tax-savings benefit, especially considering the potential costs involved. Previously FSA accounts had been utilized as a tool for employees to contribute unlimited pre-tax funds to be used to cover such costs, but the Affordable Care Act placed a $2,500 cap on such contributions in 2013.

We will of course keep you updated on any movement of the proposed legislation as it comes to our attention. Word is Congress will require some type of revenue-raiser to be paired with the proposal to offset the cost prior to moving forward.