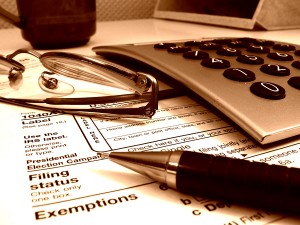 Alimony – Not always the most comfortable subject to discuss, but unfortunately it’s a common transaction in today’s society. From a tax perspective, it’s important to know how the payments (or collection of such payment) will affect your personal tax liability. Generally, alimony payments made to an ex-spouse are deductible in the year paid. In turn, the ex receiving such payments must report the amounts received as income on their tax return.

In a recent USA Today article, the US Inspector General reported a gap of more than $2.3 billion dollars between amounts taken as a deduction and the amount reported as income on the corresponding ex-spouse’s tax return. Investigators found that “567,887 taxpayers claimed more than $10 billion in alimony deductions in the tax year 2010. Nearly half of those filers claimed deductions for which there was no income reported by the ex-spouse, or the payment reported didn’t match the deduction”.

Furthermore, the report went on to say that the IRS “generally has no processes or procedures to address this substantial compliance gap”. The IRS responded by basically stating they are working on it. But between increased IRS responsibility to enforce the Affordable Care Act and agency budget cuts you would have to question how many resources they could afford to allocate to such issues (see our related post IRS Blues: Budget Cuts and Poor Customer Service ).

To be deductible as alimony ALL of the following must be true:


If alimony and child support are both required under a divorce or separation instrument, and the total payments made are less than the required amount, payments are first applied to child support (which is not deductible) and then to alimony.