Proposed Increase in Federal Gasoline Tax – How Much Would it Cost You? 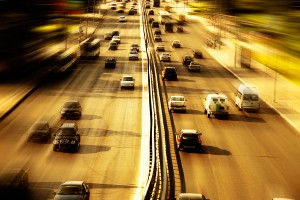 Two U.S. Senators, Bob Corker (R-TN) and Chris Murphy (D-CT) have recently proposed a 12-cent-per-gallon increase in the federal gasoline tax to be earmarked for building and maintaining safer roads and bridges. The proposed tax would increase the current 18.4-cents-per-gallon tax by six cents in each of the next two years and would be followed by annual increases in subsequent years to keep up with inflation. The increase would represent the first of its kind to the federal gasoline tax since 1993. Its estimated that such a hike would cost U.S. drivers $164 billion over the next 10 years.

AAA endorses the Croker/Murphy proposal and states that a recent survey suggests 52% of respondents said they were willing to pay higher taxes to finance better roads and bridges. What’s your stance? With the average cost of gasoline sitting at $3.78 a gallon, should Congress take action to increase a tax affecting nearly all Americans?