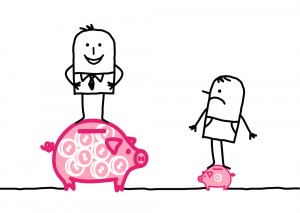 In late 2013 HSBC surveyed over 16,000 people in 15 countries and found that 69% of retirees plan on leaving an inheritance to their children at an average of $148,000 worldwide. While retirees in the United States plan to leave a little above average to their offspring ($177,000), we still rank sixth internationally falling short of those in Australia, Singapore, the United Kingdom, France and Taiwan. Australians have apparently saved much more than their U.S. counterparts as they expect to leave their children over $500,000.

One scary finding from the survey: 10% of U.S. respondents will rely completely on an inheritance to fund their retirement. Lets hope that works out. More information on the survey and a pretty cool interactive map can be found here .