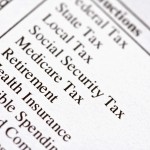 There has been plenty of talk in recent months of sweeping tax reform but that seems to be off the table for at least the time being as House Ways and Means Committee Chairman, U.S. Rep Dave Camp (R -MI) announced his retirement last month ( U.S. House tax committee chairman Camp to retire via USA Today ). Camp has been a strong proponent of simplifying the U.S. tax code for years but it seems that many of his colleagues in Congress don’t share his enthusiasm for such change. Not only will Camp forgo any re-election efforts, but his partner Max Baucus (D-MT), Chairman of the Senate Finance Committee announced his retirement last year as well ( Max Baucus Retiring – via Politico ).

Instead, tax writers will turn their focus to tax credits and deductions that lapsed at the end of 2013. Some may be tweaked a little but it is expected that most will be fully reinstated retroactive to January 1, 2014. Specifically, the following should be revived:


Although the Senate seems to be more eager to get these provisions reinstated in a hurry, ongoing debate will likely slow down any progress. Also, many expect that even when these provisions are reinstated they will only be given a 2-year extension, thus leaving the same arguments to be rehashed by a future Congress at the end of 2015…. because we all know how much Congress likes a good debate.