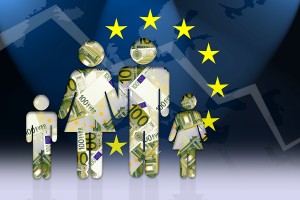 Alternative Minimum Tax (AMT), The Complexities of Attempted “Fairness” . In this post we discussed the history of the alternative minimum tax along with the many inherent complexities involved in its calculations. We thought the issue would be worth revisiting after reading statistics released by the Tax Policy Center suggesting that in 2013 3.9 million taxpayers (or 4.2 percent of the nation’s total) are expected to get hit with the tax. That is a far cry from 1997 when only 605,000 taxpayers paid any AMT.

To review, the tax was introduced in 1969 to make sure that high income earners claiming large deductions were not able to get away without paying any tax, hence the term “minimum tax”. The alternative minimum tax calculation is figured and then compared to your regular tax liability. You then pay the higher of the two amounts. Exemption amounts are in place to ensure that lower income taxpayers are not subjected to the tax. For 2013 the exemption amounts are $51,900 for single taxpayers and $80,800 for married couples filing a joint return. Additionally, as part of the deal which ended the 2013 “fiscal cliff” ordeal, AMT exemptions are now indexed for inflation.

NBC News recently interviewed Dave McKelvey, a partner with Friedman LLP in New York City who stated “If you make a lot of money, your regular tax is going to be high enough that AMT is not going to be an issue, and if you make an income that’s low enough, AMT is not going to be an issue.” That leaves one group – those in the upper middle class. Most of those who will pay alternative minimum tax this April will have incomes that fall in the $200,000 to $500,000 range.

2. having large amounts of itemized deductions on Schedule A of your return (paying high state and local taxes, claiming a large mortgage interest deduction, etc.)

4. you are married with several kids (translating into large personal and dependent exemption deductions)

5. you have private activity bond interest which is tax-free under regular income tax rules but subject to alternative minimum tax

If you fall into one or more of these categories and your income is greater than the previously mentioned exemption amounts, you must use IRS Form 6251 (Alternative Minimum Tax – Individuals) to calculate your AMT in addition to your regular tax calculation. Once you have the taxes figured, you owe the larger of the two.