Payroll Tax Cut Not Likely to be Extended into 2013 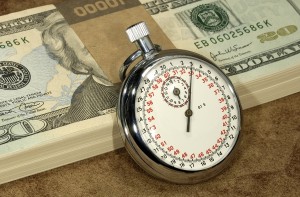 It is widely believed that no action will be taken to thwart the expiration of the payroll tax cut at the end of the year. The cut reduced worker’s tax on wages from 6.2% to 4.2%. Although originally intended as a one year break in 2011, the cut was extended into 2012, and neither republicans nor democrats look very likely to push for another extension into 2013. Many republicans opposed the cut in previous years as it diverts money from the already struggling Social Security program. Timothy Geithner and Nancy Pelosi have also expressed their desire to allow the cuts to lapse. Both parties will likely focus on broader economic issues such as the expiration of the “Bush tax cuts”, leading to increased income tax rates at all income levels and lost deductions and tax credits. With the election in November, most experts don’t expect any action out of Congress until the beginning of 2013.

See the related New York Times article for more detail, “ Payroll Tax Cut is Unlikely to Survive into Next Year .”